As the former CEO of Partner Colorado Credit Union (PCCU), Sundie Seefried has been in the credit union space for 39 years. Established in 2015, Safe Harbor Financial is now a leading provider for banking and financial services in the cannabis industry.

Seefried founded Safe Harbor as a cannabis banking program for PCCU, and since then it has withstood scrutiny of 16 separate federal and state exams. Entering its ninth year as a cannabis banking program, they have almost 600 accounts in 20 states and have processed over $14 billion in transactions for the cannabis market. In September, Safe Harbor began trading on Nasdaq under the symbol SHFS. The company has also announced a definitive agreement to acquire Abaca, an industry-leading cannabis financial technology platform.

Seefried has seen it all in the cannabis banking world. We wanted to get her thoughts on some current events, the future of cannabis banking and lending, and what the next few years might hold in store for an industry ready to grow.

Cannabis Industry Journal: Tell us a bit about yourself. What is your background and how did you find yourself in the cannabis industry? How did you get to become president and CEO of SHF?

Sundie Seefried: I’ve been in banking in the credit union space since 1983. I became CEO of Partner Colorado Credit Union in 2001 and stayed there for 21 years. Everything I do, I have a very conservative nature just from being in the banking world and doing things methodically and building good foundations that endure long term. In 2014 when FinCen issued guidance, I was supposed to retire, and I had dinner with some old friends that were attorneys who couldn’t get bank accounts for their clients in the cannabis industry. They asked me to help and I looked into it for them. I assumed the regulator would shut me down but he didn’t; he actually encouraged me to move forward and look further into things. As I educated the board, we saw just how unsafe Colorado was and the serious need for the community to figure things out with respect to banking and cannabis. Coming from that credit union perspective, I said I think we can do this, let’s try and I’ll go through the third parties necessary. And that’s how we got into this, just looking to try and help solve Colorado’s problems and get banking access for cannabis companies.

CIJ: Tell me about your company’s mission. What is your financing strategy in cannabis and of the companies you do business with, what do you look for most?

Seefried: Our mission remains the same, and that is to normalize banking in the cannabis industry as much as possible. Because the black market still exists, the issue becomes sorting the legal entities out from the illicit actors in the industry. We know that the illicit market is trying to hide amongst the legal environment, which really makes things difficult for upstanding cannabis businesses. We can normalize banking by making sure we help legitimize the compliant entities and sort out the bad actors. We really only want to work with legitimate players with licenses, who are fulfilling expectations on the regulatory level and have no problems with compliance. We have been able to do that on the depository side. 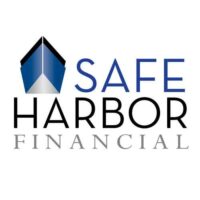 We have always been a low-cost provider and our clients count on that. As we move into the lending part of the industry, we’re looking to do the same thing. There are lenders who charge one-to-three percent per month, 18 to 36 percent per year. We, on the other hand, are targeting more of an eight to thirteen percent annual rate. More of a conservative approach. Real debt underwriting. No extremely high interest rates. We look for the collateral, we look for well-organized businesses and solid documentation. Those are the businesses we are trying to bring into the fold and offer them normal loans. Cannabis will always have a premium on it simply because it is illegal at the federal level and there are additional hoops we have to jump through. Because of the potential forfeiture and seizure, if there are bad actors, etc., it really behooves any clients coming to us to also place their depositary services with us so we can prove their legitimacy and provide loans to them.

CIJ: Let’s talk about the Canopy Growth news. They announced they are pulling the trigger on acquiring Wana Brands, Acreage Holdings and Jetty Extracts, under the Canopy USA holding company and ahead of federal legalization. On the surface, it looks like they are bypassing a lot of the hurdles American cannabis companies currently face with financial red tape. As a foreign company trading on the NASDAQ dealing with a schedule 1 substance, do you expect Canopy to have a significant, some would say unfair, competitive advantage with their early entry? Or is this perhaps more of a rising tide lifting all boats scenario? What effect will this have on the current market landscape?

Seefried: I find it a very interesting move on their part. Certainly, they have a big advantage in comparison to other companies. The consolidation in the industry is moving so quickly. Other players will keep up with this just as fast as Canopy is moving in. That’s my opinion in terms of what I see in the consolidation area of the market. I think what it really hurts is small businesses. My heart goes out to them. So many of them worked so many years to build excellent small companies with boutique shops, and this whole move will really change that part of the industry.

I see a lot of these small players, non-vertically integrated companies, being impacted in a negative way due to such mass consolidation and the entry of foreign businesses. We need to get more competitive on a global level in order for our companies to grow and thrive. This happened back in 2018, when so many companies started doing those reverse takeovers onto the Canadian Securities Exchange and suddenly, they were putting tens of millions of dollars into the U.S. market. People didn’t see that as a competitive disadvantage for American companies, but now this move by Canopy may really show that we have to look at things more globally.

CIJ: Biden’s announcement regarding the scheduling review for cannabis has a lot of industry folks very hopeful that federal legalization is closer to a reality than before. Do you share their optimism?

Seefried: Closer than before, yes. But how close? I am not convinced it will happen quickly. If they are really going to consider rescheduling or descheduling, everything happens in Washington very incrementally. Eight years and seven attempts at the SAFE Banking legislation and still no movement on that front. Tomorrow, we’re going straight to legalization? I have a hard time swallowing that one. I just don’t see that big of a jump all at once. I think it is interesting coming just before the midterms and votes are really needed now more than ever.

What Biden did was a great start. Especially for those people in prison for possession. The interesting part of it is, we are very serious about people who have used it, but the people who have sold it and are in prison might be in the same situation. Given how the laws worked for so long, just based on the amount of cannabis you had could get you automatically labeled as a dealer, which isn’t the case for a lot of incarcerated folks.

The fact is, the social equity and justice issue, who do you free or who do you not free from prison, is a very difficult issue to get through. I think it is a great step forward and it will help some people who were treated unjustly, but there is still a lot of work to be done.

“I believe we’ll start seeing pressure from the global market on the United States to move things along a little faster in our own country.”As far as rescheduling, if they go from a Schedule I drug to a Schedule II drug, that will do no good, but it certainly is a bone to throw to the industry if you want to look like you are making some progress. Schedule II is still subject to 280E tax code so it will only do so much. If they want to make things more equitable and actually level the playing field, they have to do something about the 280E issue hindering every cannabis business in the country.

As far as full legalization, I am not optimistic because of all the players that need to be involved. Full legalization will require a change to the IRS tax code 280E as well as other tax issues. I think there are too many players: The DOJ, FinCen, the DEA, the FDA, the IRS. All of these agencies will have to agree on full legalization and moving forward in unison. The DEA is trying to fight illicit actors and illicit drugs. FinCen is trying to follow the money to find illicit actors. As long as there is an illicit market it will make their job tough, and on top of all of that, we have politics in play. That is just my take on legalization. It is going to be a much more complex problem than just legalizing the plant and moving on. Rescheduling seems like lower hanging fruit, but they will have to move it higher than a Schedule II.

CIJ: With the midterm elections here, there are a number of legalization measures in a handful of states, along with political control of Congress on the ballot. How do you think a Republican or Democrat controlled Congress will affect cannabis legalization progress?

Seefried: I just finished doing some lobbying in September in DC and spoke to some Senator offices in person, and I heard a lot of interesting topics being discussed. One of the things that keeps popping up is that social equity and justice is a huge issue. If we can’t solve this injustice in our system that has been going on for decades and decades, maybe they’ll hold banking legislation hostage. You can’t correct 50-60 years with one piece of legislation. Everything has to be incremental, unfortunately, so there will be some give and take there. I think that was a primary focus, especially with the Democrats and I do think it is a worthy cause.

On the Republican side, economically improving our competitive advantage as a country. They are starting to see the jobs being created and the tax revenue coming in and the growth of the industry. They will have to make that decision at some point in time whether they are going to leave the American cannabis industry behind or allow them to compete on a global level. I really think everything will move slowly and continue as it has happened in the past.

I believe we’ll start seeing pressure from the global market on the United States to move things along a little faster in our own country.

CIJ: As we inch closer to 2023, what do you expect the next year to offer for the cannabis financing market?

Seefried: I would say, with or without legislation, they’re finding greater access to banking. And the reason they are getting better access to banking is because none of us have been prosecuted for simply engaging in cannabis banking. I think we have set a precedent over the past eight years, not only us but other service providers in the industry and that we are not being prosecuted.